What is the Industry Traceback Group?

Since USTelecom | The Broadband Association established the Industry Traceback Group (ITG) in 2015, the ITG has played a central and ever-growing role in the battle against illegal robocalls. In July 2020, the FCC designated the ITG as the registered traceback consortium and re-designated it in August, 2021.

This is a vote of confidence from the FCC and a recognition of the value and track record the ITG brings to the robocall wars. No one else is doing this kind of work – tracking and tracing the scammers and spoofers polluting our communications networks to the source and getting them to shut off the flow of calls.”Jonathan Spalter, President & CEO, USTelecom

The illegal robocall campaigns targeted by the ITG range from robocall scams preying on COVID-19 related fears, to government and brand impersonations, to telephony denial of service (TDoS) attacks on hospitals and public safety phone lines. Hundreds of domestic and foreign voice service providers cooperate with ITG traceback requests, and over 40 leading voice service providers collaborate to support and sustain the ITG’s efforts. The ITG also works in close partnership with government entities who rely on ITG referrals and data to bring to justice individuals and entities responsible for illegal robocalls.

For PROVIDERs For Government For Enterprises

The 2021 ITG report highlights the group’s accomplishments in combatting illegal robocalls. From reducing the average time to complete a traceback by 50% to increasing the number of tracebacks each month by 115%, ITG members have conducted more than 2,500 tracebacks.

How does traceback work? 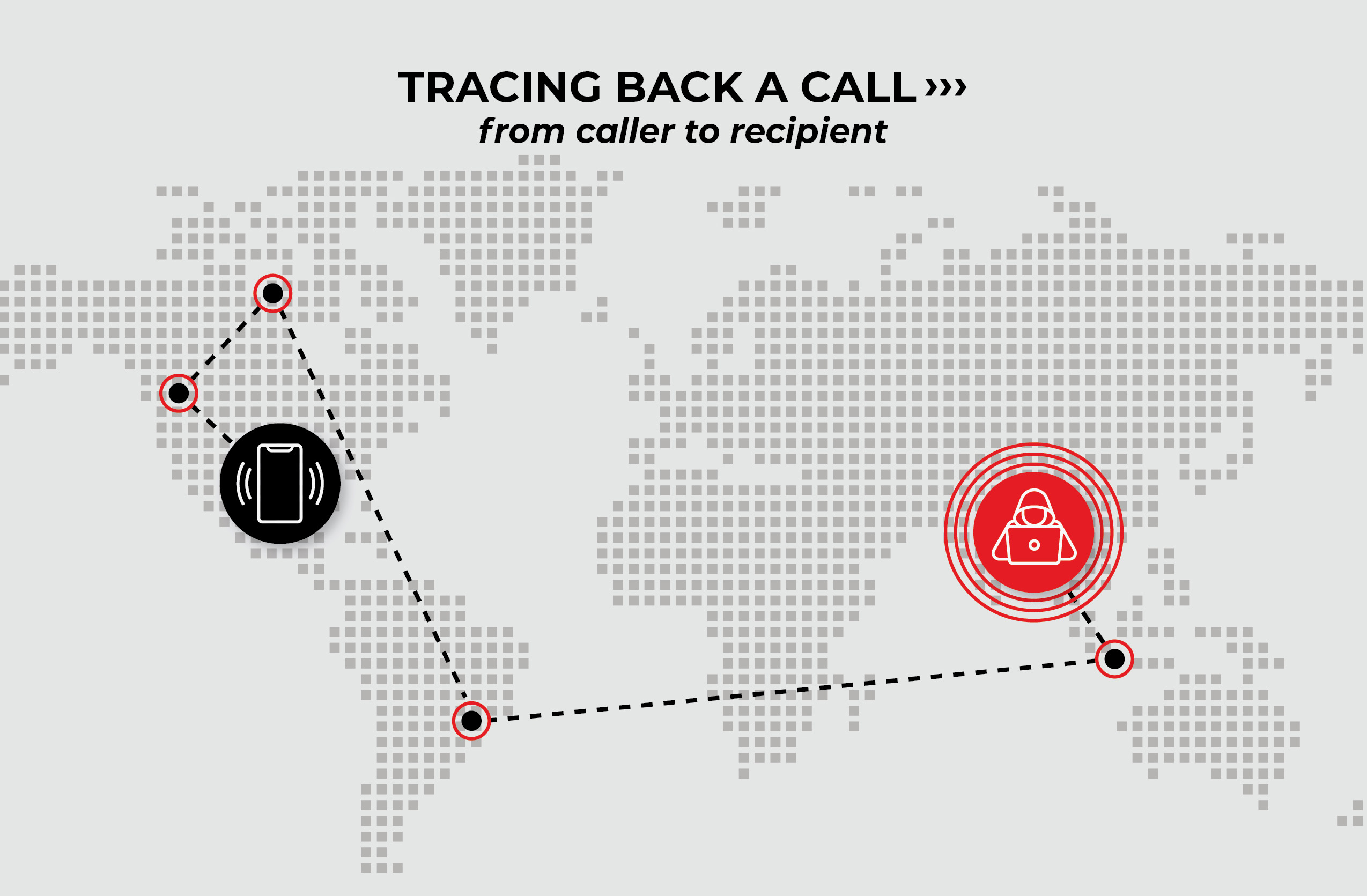 The origination, delivery, and termination of robocalls involves numerous voice service providers in a complex ecosystem. Using a secure traceback portal, suspected illegal robocalls are traced systematically back through various networks until the ITG identifies the originator of the suspicious calls, where the calls entered the United States if internationally originated, and often the identity of the calling party. Since providers only know who they received a call from and where they routed it, the ITG traces the call back from the recipient to the caller – usually routing through 4 or more, or sometimes as many as 9 or 10 service providers (or “hops”) across the globe.

What is the TRACED Act, and how does it relate to the ITG?

Illegal robocalls are a plague on communities everywhere. These calls are frequently coupled with misleading or inaccurate telephone numbers displayed as caller ID information, an act known as spoofing, and are often intended to facilitate fraudulent or other harmful activities. Federal and state law enforcement agencies have deployed a multi-prong strategy to combat these illegal calls. An important tool in this enforcement strategy is traceback.

Congress recognized the ongoing illegal robocall problem and, in December 2019, enacted the TRACED Act to further aid enforcement efforts. In the TRACED Act, Congress acknowledged the beneficial collaboration between law enforcement agencies and the private sector on traceback issues, and required the FCC to issue rules “for the registration of a single consortium that conducts private-led efforts to trace back the origin of suspected unlawful robocalls.”

The Industry Traceback Group has been and will continue to be a vital partner in our pursuit of unlawful robocallers. Protecting consumers against illegal spoofing and robocalls is our top consumer protection priority, and this industry consortium is a key contributor.”Rosemary Harold, Chief of the FCC Enforcement Bureau

Is the ITG a law enforcement agency?

What governs the ITG’s operations?