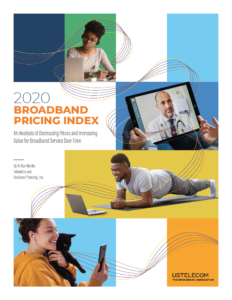 The 2020 Broadband Pricing Index (BPI) is new research showing the decreasing cost and increasing value of broadband service in the United States between 2015-2020.

This research, using FCC and other public data sources, assesses recent trends in residential fixed broadband pricing between 2015 and 2020 in the United States. The analysis reveals that during this period, there have been substantial reductions in price for both the most popular and highest-speed broadband internet services, and also significant improvements in broadband speeds. Simply put, Americans are paying less today for broadband services that are significantly more capable than they were five years ago.

This new report documents the degree to which this investment has produced broadband services that are not only increasingly fast, but also significantly less costly than even just five years ago.” Jonathan Spalter

This data shows that broadband is becoming more affordable—thereby reducing, but certainly not eliminating, an obstacle to adoption. For instance, we know that 30% of K-12 students do not have access to high-speed internet and/or the devices needed to learn from home. More work, understanding, and concrete data is needed around the vital issue of affordability and this report seeks to contribute to that discourse. 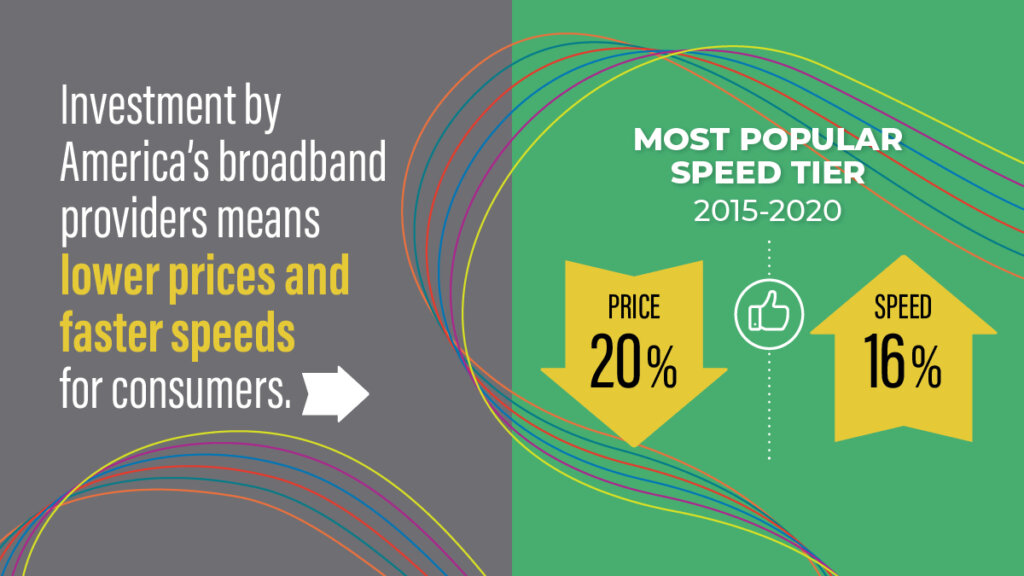 Broadband During the Pandemic: Where Do We Go From Here?