Talking Telecom on the Milk Run

Recently, more than 100 representatives of Alaskan telecom providers met at Harrigan Centennial Hall of Sitka, Alaska, population 9,061. This brand new conference center on the banks of Crescent Harbor is both the center for town activities as well as the departure for cruise ship passengers.

Getting to Sitka isn’t easy. While most visitors to Alaska stop there because it’s a port for many cruise ships, I flew into town on what’s called the “milk run” flight out of Seattle. But it was a fitting spot to host the Alaska Telephone Association’s annual meeting, the first stop on my week-long tour of the 49th state. 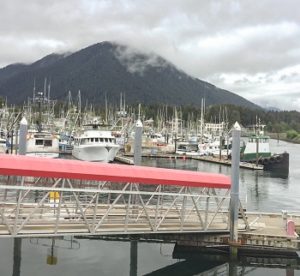 The harbor in Sitka.

Sitka played an important, but little known, role in the history of telephone service in the U.S. Near Centennial Hall is just a short distance from the two-story “Cable House.” The old wooden house was once home to the Washington-Alaska Military Cable Telegraph System, which was built by the U.S. military so it could avoid relying on Canadian telegraph lines during a time when the Americans and British were sparring over Alaska’s boundary lines. 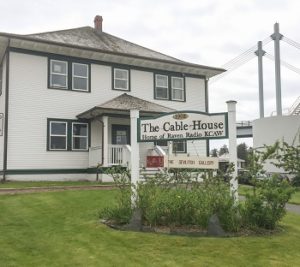 The Alaska Telephone Association’s annual meeting drew executives and vendors from throughout the state. Part of the gathering focused on updates about both federal and state legislative activities as well as the economic pressures facing the Alaska state government.

Shawn Uschmann, Director of External Affairs for AT&T Alaska, provided a timely update on the FirstNet process. FirstNet is a national wireless broadband network that’s being developed for police, fire and other first responders and funded by federal money. I provided an update on the FCC’s latest moves to reconsider the Open Internet rules, as well as privacy legislation and the possibility of Congress approving an infrastructure fund for broadband.

After the conference ended, it was back to the “milk run” for me. After a quick sunny (!) stop in Juneau, where the sun shines only about 86 days a year, we landed in Anchorage, which is home to USTelecom member Alaska Communications. 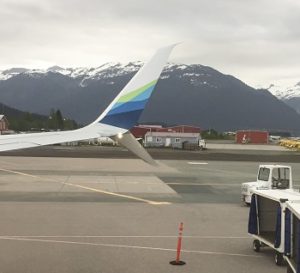 Founded nearly 20 years ago, Alaska Communications has grown over the years from offering phone service to many of the roughly 730,000 residents that live in the sparsely populated state to providing leading-edge internet services, such as high-speed wireless service and cloud-computing platforms. 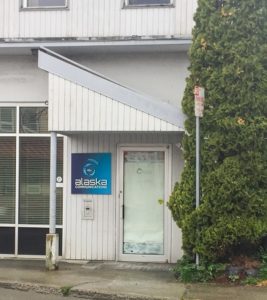 Its network serves residents and businesses from Prudhoe Bay – most commonly known as the location of massive oil and gas deposits — to parts of Kodiak Island to Sitka and Ketchikan. 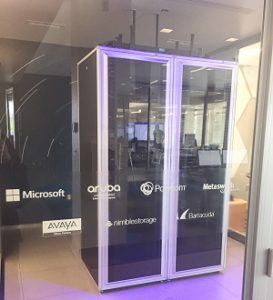 I met with Alaska Communications executives in the so-called “Mt. Foraker” room at their brand new Business Technology Center. Each meeting room is named after an Alaska Mountain. Mt. Foraker is the second largest mountain in Alaska, and the third highest peak in the United States. 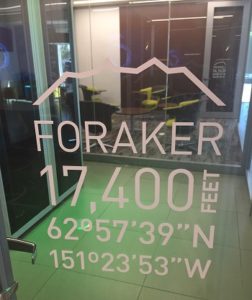 I sat down with Leonard Steinberg, Senior Vice President of Legal, Regulatory and Government Affairs, Lisa Phillips, Senior Manager of Regulatory Affairs and Risk Management, Ruth Willard Senior Director of Revenue Management and Heather Cavanaugh,  Director of External Affairs and Corporate Communications.  We talked a lot about how federal officials could modernize the Rural Health Care fund so broadband providers can help connect medical facilities which provide telehealth services to people who don’t live close to hospitals or healthcare providers. While important to residents in the continental U.S., telemedicine is essential for remote communities in Alaska where the closest hospital isn’t just a few hours away – it could be a plane ride away.

Alaska Communications recently shifted focus from not just being a reliable telecommunications provider throughout the state, but to offering IT management services for Alaska businesses as well.

The company has the expensive job of building broadband infrastructure in a state where the ground is often frozen for much of the year and towns are far apart. One focus has been on deploying more high-speed broadband in rural Alaska communities and expanding its services to more remote schools that are highly dependent on the availability of high-speed access to provide new opportunities for students.

With members of both parties in Congress interested in legislation aimed at providing more funding for broadband deployment and other infrastructure investments, we also talked about how lawmakers could structure this plan to help get more Alaskans online.

Getting feedback from the Alaska Communications team about the challenges they face as they do the hard work of providing modern networking capabilities in such a vast and lightly populated state was invaluable. Their concerns will be on my mind as I continue my efforts to advocate on Capitol Hill for broadband policies that encourage more investments in networks and get more Americans online.

Chairman Pai isn’t the only one who likes big coffee mugs!